Muslim invaders and rulers destroyed over 10,000 Hindu temples over the centuries. Perhaps none was destroyed as many times, and rebuilt as many times, as Somnath. The destruction of Somnath by Mahmud Ghazni is well known. Here is a list of the lesser known destructions of Somnath. Each time, the temple was rebuilt by Hindus, often accompanied by great loss to Hindu life. Somnath is the symbol of Hindu defiance and resilience in the face of barbaric assault that would have (and did) bury most other civilizations.

1. The first temple of Somnath is said to have existed before the beginning of the Common Era.

2. The second temple, built by the Maitraka kings of Vallabhi in Gujarat, replaced the first one on the same site around 649AD. In 725AD Junayad, the Arab governor of Sind, sent his armies to destroy the second temple. This was destruction No. 1.

3. The Pratihara king Nagabhata II constructed the third temple in 815AD, a large structure of red sandstone. In 1024AD, Mahmud Ghazni raided the temple from across the Thar Desert. During his campaign, Mahmud was challenged by Ghogha Rana, who at the ripe age of 90, sacrificed his own clan fighting against this Islamic warrior. The temple and citadel were ransacked, and more than 50,000 defenders were massacred. Mahmud personally hammered the temple's gilded lingam to pieces and the stone fragments were carted back to Ghazni, where they were incorporated into the steps of the city's new Jamiah Masjid (Friday mosque). This was destruction No. 2.

4. The fourth temple was built by the Paramara King Bhoj of Malwa and the Solanki king Bhima of Gujarat (Anhilwara) or Patan between 1026AD and 1042AD. The wooden structure was replaced by Kumarpal who built the temple of stone.

5. The temple was razed again in 1297AD when the Sultanate of Delhi conquered Gujarat, and again in 1395AD, and once more in 1401AD (please see quote at end of this article). These were destructions No 3, 4, and 5.

6. The last destruction of Somnath was by the last Mughal Emperor Aurangzeb in 1706AD, just a year before his death. This was destruction No. 6.

Sardar Vallabhbhai Patel, then Home Minister & the first Deputy Prime Minister of India took a pledge on November 13, 1947 for Somnath's reconstruction for the seventh time. A mosque present at that site was shifted few miles away. The construction was completed on December 1, 1995 and the then President of India, Dr. Shankar Dayal Sharma dedicated it in the service of the nation. The present temple was built by the Shri Somnath Trust which looks after the Shri Somnath temple complex.

I end with the description of Muzaffar Khan's destruction of Somnath, taken from M. M. Syed's "History of the Delhi sultanate", pp. 184:

"Next year, in 1395, Muzaffar Khan invaded Somnath, burnt the temple, and
destroyed the idol. He killed many hindus, and left the place after arranging
for the erection of a mosque. In 1401, news reached him that the hindus were
trying to restore the temple of somnath, and revive their customary worship.
Muzaffar immedaitely proceeded thither with an army, and the Hindus, defeated
after a sharp encounter, retired to the fort of the lop. This fort also fell
after a few days of fighting, and Muzaffar killed the entire garrison, and had
the men trampled under the feet of elephants. He then demolished the temples and
laid the foundations of a mosque." 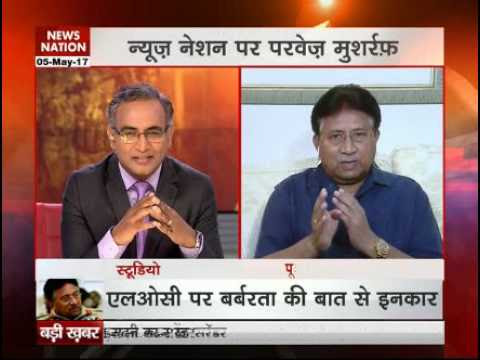